Our second attempt at Kid Night was a HUGE success! Tonight Brayden chose everything from the pre-meal beverages to the dessert which included a shot of whip cream directly into mouths.

The Beverage: Pink Lemonade mixed with 7-Up
The meal: Dungeness Crab with Broccoli and a side of Clam Chowder
Dessert: Your choice – Coke Float or Banana Split each featuring whip cream 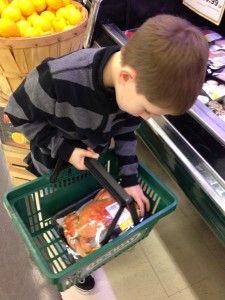 He is a 7 year old who knows what he wants. In this case, he wanted individual crabs for each of us, but I chose the more affordable route, and we each had half a crab. 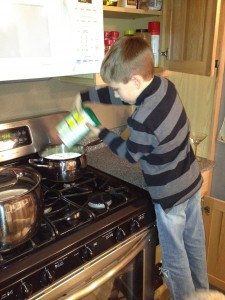 The clam chowder was our only flop. Not because he messed it up, because it tasted terrible! It was out of a package…I should have known better… 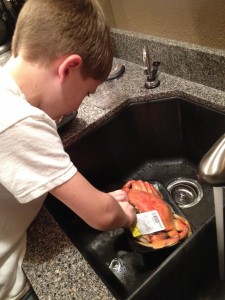 Shortly after this moment he regretted his decision…but only for a few minutes. Cleaning crab is GROSS. They smell bad, they have lots of insides that we don’t eat, which means heavy cleaning. N. A. S. T. Y. 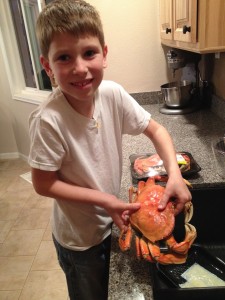 At this point he was asking if I would kindly help him with the disgusting part. I did. He’s only 7. I gagged. 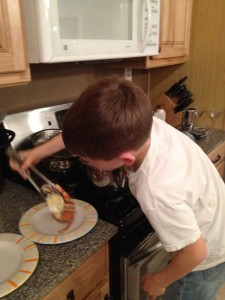 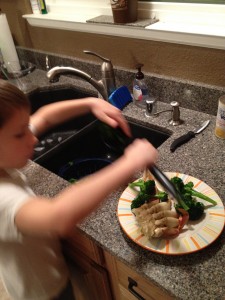 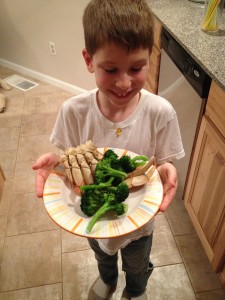 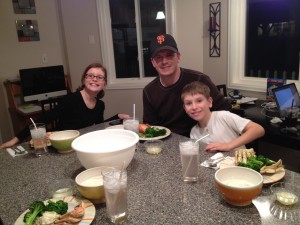 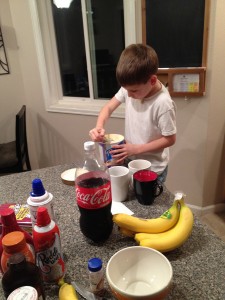 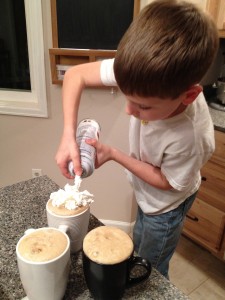 Whip cream is really the most important part of any meal.

My kids are super excited about this new tradition. They feel so important. I am trying to not be a complete control freak. They need this. I can’t wait for the day when I don’t have to be in the kitchen at all. I can tell that won’t be too far in the future!

Next Monday….Lexi’s back in the kitchen. I can’t wait to see what she comes up with.