So…It’s not done yet. But, it’s close enough for me to update you all. Since I am all whiney and complainy while doing these projects, I’m always telling people that I will post the before and after pics really soon.

Although its not totally done….here is the gist of it! 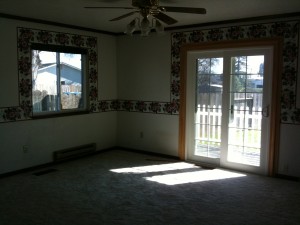 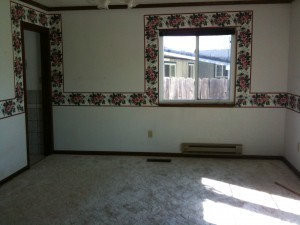 Notice how the window is off centered….tricky! Sneaky little contractors thought that would make for a GREAT feature in a bedroom…right? 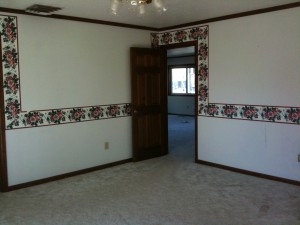 I know, I know….your jealous of the pink flower wallpaper border, but it just didn’t match my…. ummmm….nails.

I spent DAYS TSPing and primering the trim and molding….because this house has the stuff EVERYWHERE. Doors, floors, ceilings….. EVERYWHERE.

This is approximately what I looked and felt like every day for at least a week. 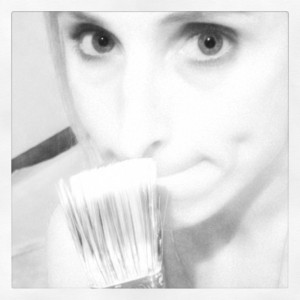 So, here is what I did after removing the wall paper….. 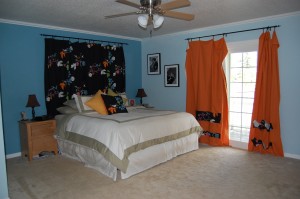 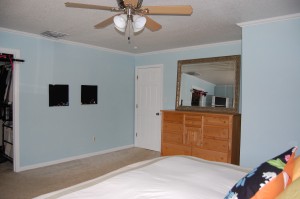 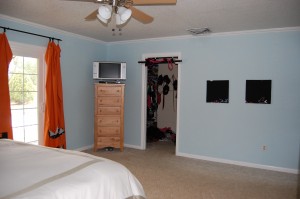 We LOVE it!  I have a few things I hope to do to complete the room…..but I’ll keep those to myself until I actually do them!

Why I LOVE Twitter! Travel with me back to the 90′s!

I had an AWESOME conversation yesterday with complete strangers whom are awesomely fun & funny! This post was inspired from said convo between myself (@jennheffer), @shookiesback & @csdaley.  Not only did we go back in time, we went WAY back.  I am a child of the 90’s.  I was a child in the 80’s as well, but we were DYING over our 90’s clothing that we used to sport. (WITH THE EXCEPTION OF THE UNFORTUNATE REQUIREMENT OF SOME TO WEAR WRANGLERS)

This was the Debbie Gibson era.  This was when McHammer was waaaaayyyyyyy Too Legit, Too  Legit to Quit!  And don’t forget Vanilla Ice.  OH YA!  Did you just sing Ice Ice Baby in your head?  Don’t lie.

This is me and my brother. Now this was in the 80‘s. I think I was kinda cute.

Let’s jump into the 90’s, where big PERMED hair was AWESOME.

That’s me in the chair. We had rules, big hair and ruffles or you can’t be in our picture.

Now we will get to the bulk of the conversation that took place yesterday.

Z-Cavaricci’s  (I had many pairs, in many different colors). This pic is with khaki shorts.

The next pic is made of AWESOME!

So much to POINT OUT!  Lets start with the shoes, not the LA Gears, which I often sported, but these appear to be sweet  Reeboks. Scan slightly north of the shoes….PEGGED pants.

Oh ya!  Do we even need to point out the pattern on the pants?  I didn’t think so.  BUT we should point out that they were indeed official HAMMER PANTS!  Suuuhhhhweeeet!

So, once high school came around, the Z’s lost most of their coolness factor.  New styles and a new me.  Out with the perm, in with straight.  You know who became a BIG deal, Shania Twain. In 95 her music video for Any Man of Mine was a super big deal.

This pic is not only after the great look Shania had, but Z’s tried to make a recovery as well. I have nothing to say about the easter bunny.  I am on the bottom step, in case you were searching for me.

So, where does this leave me today?

I now am blonde and like to party with the Scottish.

That pic was sent to my by my GOOOOD friend Kimmay!

Hope you enjoyed my story.