No job. No schedule. No income. Sheer happiness.

I have been pondering what to do with myself for weeks now. I’m not exactly your ‘molly homemaker’ type. I do enjoy a clean-ish house and a sparkly kitchen, but those things don’t take much time. Especially the clean-ish part.

I have a normal morning routine but then by about 8:30am, I am done. Then I walk around the house in circles. There are about 12 million things I would LOVE to do, but I am jobless, therefore unable to tackle any projects that require expenses. Have you seen this house?

I have been playing in the dirt outside. I would call it gardening, but if you saw my back yard, you would laugh. I tried to clean out my flower beds, which my mom planted 2 years ago. They were overflowing and had lots of dead branches. Well….turns out I am not really that great at ‘pruning’. I killed them ALL. 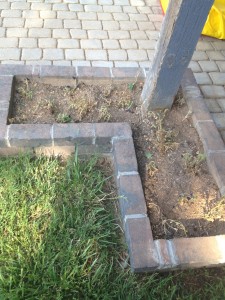 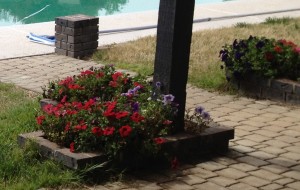 Sometimes I play in the kitchen. I create things. I rarely eat any of the treats I create…but it’s still fun. 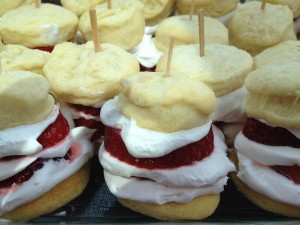 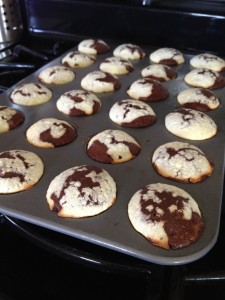 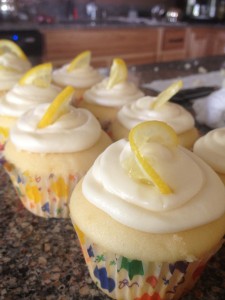 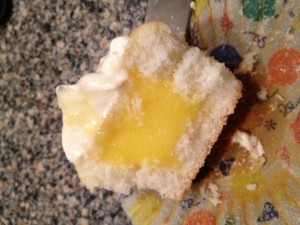 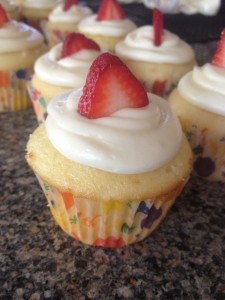 The chocolate cupcakes had a marshmallow filling 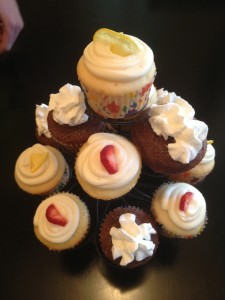 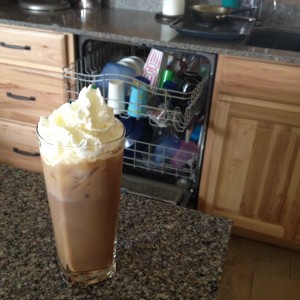 I decided to wash my car…and vacuum it. And armor-all the seats so that you slip and slide on each corner. 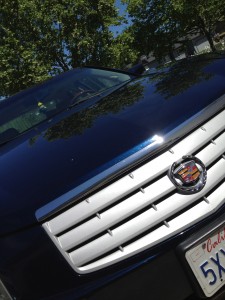 Then I always need a nap 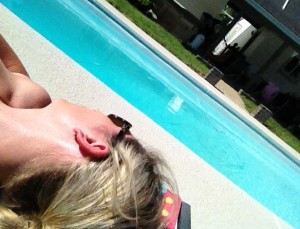 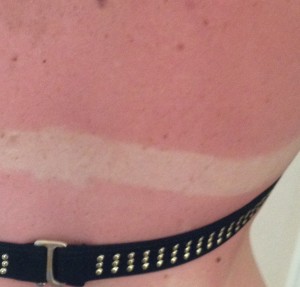 Sometimes I go for walks in my FINEST attire. 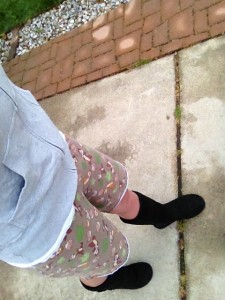 But….apparently there are still some people who like me. 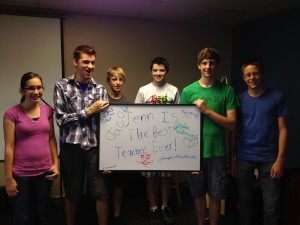 So, in my quest to continue figuring out who I am, what I want to do when I grow up and what I should do in the meantime….I will continue to do the things I enjoy.

Whether I am good at them or not…

And I will keep walking by the things I don’t want to do/fix like this…. 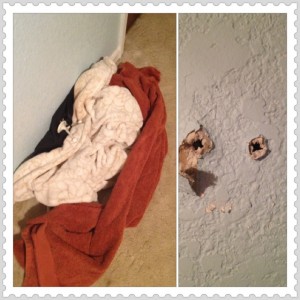 PS – don’t tell my mom about the flower beds. She’ll fly out here and punch me.

Today you would have turned 67. 67 would have looked good on you, but there is A LOT of drama in the world that you would HATE.

Instead of being all sappy about how much we miss you, I wanted to post a little Happy Birthday to a man who had many passions…I am molded and shaped by you in a few very specific ways.

Classic Cars, mainly Cadillacs:
You’re love, admiration and respect for genuine classic cars was awesome. If only I was a boy and could justify buying and restoring something old and awesome for you…. remember your green 52 baby? 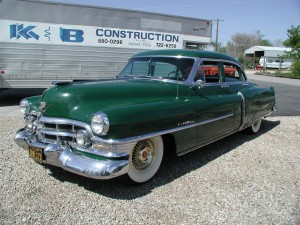 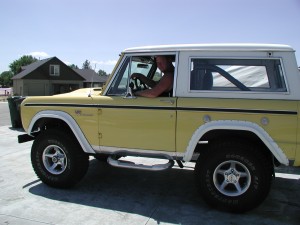 How about your love for Standard Poodles…as much as you complained about them, you were a sucker for a Standard! 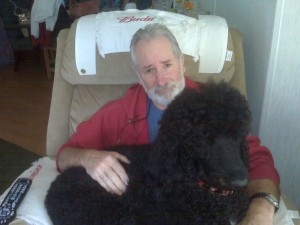 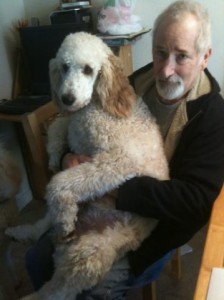 How about traveling…you LOVED a fun vacation, whether it was to Vegas, Mexico or Florida… 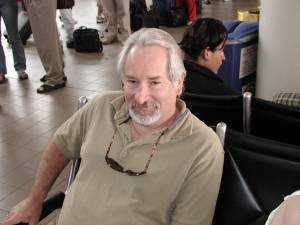 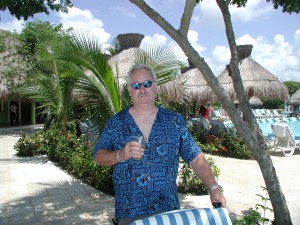 You especially loved those Florida beaches…. 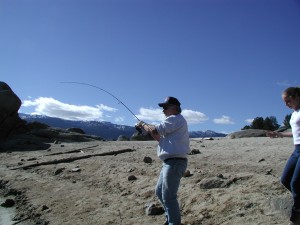 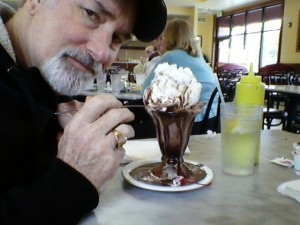 You loved playing any kind of card games. 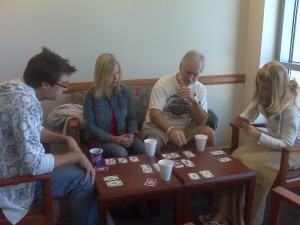 And I saved the best for last, simply because in all your grumpiness, you LOVED mom more than anything else. We all knew that, even when you pretended to be mean! 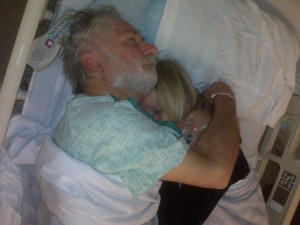 So, happy birthday Dad! We love you.

Inspired by Cadillac, driven by laziness and brought to you by the warmth of the first flame of the season.

Hubs and I have a revolving argument every year. He despises the fireplace, or in this case, the gas wood stove in the corner. I LOVE IT. I blame my mom. She will sit in front of a fire in mid summer while the rest of us are in the pool. I’m not that bad.

He turns the gas off, locks the little door on the side & basically cuts the power line when the temperature rises above 50.

He says “get another blanket” to me often.

This morning I woke up to a fire. I could smell it. It was glorious. 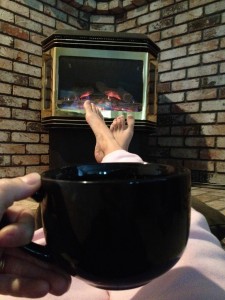 There’s just something about that first fire of the season.

But, just to set the record straight, this post has nothing to do with a fire.

About a year and a half ago, I downsized from a Nissan Armada to a Cadillac CTS. It’s like going from a school bus to a race car. It’s fun.

I chose the Cadillac because my dad collected old Cadillacs when I was growing up. He would fix them up and then park them somewhere in our front/back/side yard to look at. I used to say he fixed them up and sold them. But in reality, he RARELY sold anything. At one point we had over 100 Cadillacs in our yard. For reals. Most of them were parts cars.

So, shortly before my dad passed away, he was living with me and I wanted to get a new Cadillac and wanted him to be part of the purchasing process. He was very sick, so he couldn’t participate as much as I wanted him to, but he did manage to come down the stairs and walk outside to see it when I pulled into the driveway. He was thrilled. He LOVED it. He felt honored that I would make the decision on my own to purchase the car that he loved most. I did it for him.

Don’t get me wrong, the car is nice. It has some great features. But….it isn’t cat’s meow. I mean it doesn’t even have bluetooth OR an AUX input to connect my phone to the stereo. OR…we could chat about the DVD player. Ya, the screen in the dash that serves as the stereo, navigation, info center and DVD player. It plays DVD;s only when the car is in park. Sure, it wouldn’t be safe for me to flip on Top Gun while I cruise down to Starbucks….but WHAT’S THE POINT OF A DVD PLAYER IN A VEHICLE AT ALL if it ONLY works in PARK???? Maybe….its for those times when the kids just can’t agree on a movie, one can be in the TV room and the other can be in the garage. In the car. That’s in PARK.

I told the huz when I got this car, I really wanted to take care of it. I don’t trash my cars, I just meant I wanted all the oil changes and service to be done at the dealership and wanted to treat it really well, because maybe we will break our cycle of a new car every 4 years with this one. Maybe.

It’s been a year and a half, I have taken it to the dealership once because it made horrible noises when I turned corners. Otherwise, I have taken my Cadi to ‘cheaper’ places for service. Why? Because….it’s cheaper and more convenient.

I took it yesterday to the ‘cheaper more convenient’ place. Sure, they were rather speedy and convenient, but here is what it really cost me: 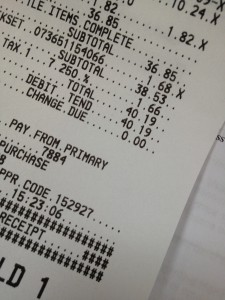 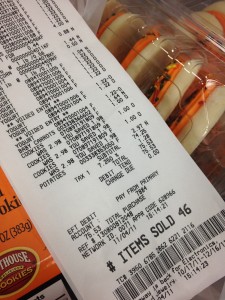 Notice the multiple packages of cookies this receipt sits upon. Not needed. BUT…they were on clearance and I CAN FREEZE THEM! 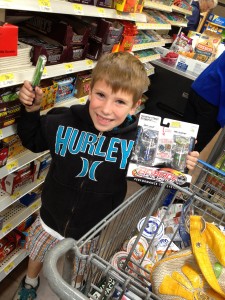 As I am sure you’ve already figured out….I took my Cadi to the Walmart…. 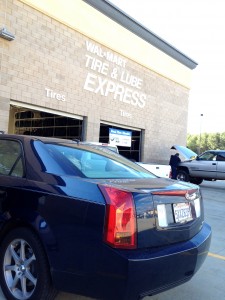