3 Short Days…but we need a week to recover!

This is sort of about Rob. He is from Pennsylvania. He’s a really fun & wild dude. He’s in the pic below (far left). 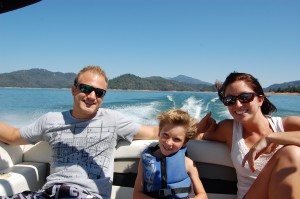 Oh, and he’s my sisters boyfriend.

Rob had NEVER been to California before.

We had 3 short days with Rob…and my sister & mom…but again, this is kind of about Rob.

So, we felt it was OUR job to give him just a taste of the “California” experience in just 3 days. And, just in Redding, CA.

Here is a list of the things we did:

In all that excitement, I managed only to grab photos of us wakeboarding.

A good time was had by ALL!

Rob’s job was to do tricks. 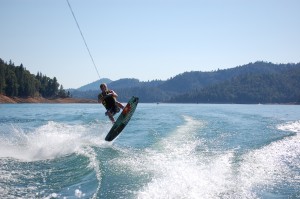 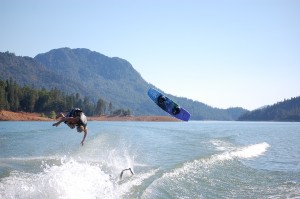 He even talked Brayden into jumping on his wakeboard! 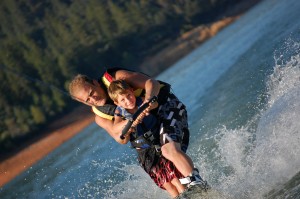 Our job was to look pretty! 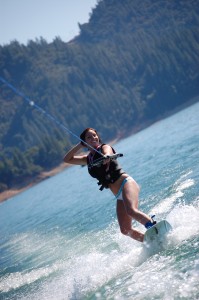 We did pull out a few tricks for our audience though!!! 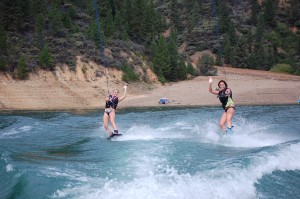 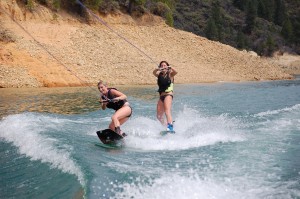 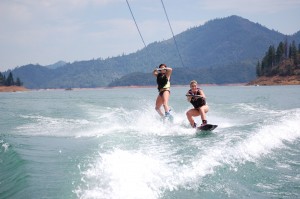 We are all very SORE.

One last shot before I sign off….Rob made a little deal with Brayden. If he could pull out his tooth BEFORE dad got on the boat, he would give him $30. Yes, THIRTY DOLLARS. 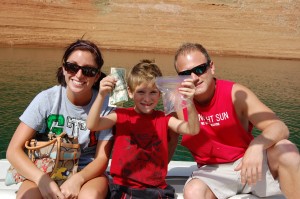 What a GREAT long weekend!!